The Best Fastpasses to Make The most confusing part of planning a Walt Disney World vacation is booking your Fastpasses. The Fastpass+ system is still relatively new having rolled out with My Disney Experience in 2014. There are so many rules and strategies are constantly changing as new attractions are opened.

For more information on How Fastpass Works check out this post.

I am going to briefly share what I think the best strategies are for each park but please know that this is completely subjective. While Fastpassing certain attractions may save you the most time, it doesn’t really matter if you aren’t interested in them or your child isn’t tall enough.

You can find information on standby times on various sites, most notably Touring Plans, which also has extensive FastPass+ content. Additionally, you’ll want to keep Walt Disney World’s height requirements in mind. If you’ll be skipping a ride because of a height requirement, you won’t want to waste a FastPass+ on it.

You can make 3 Fastpasses in advance of your arrival either 60 (if you are staying at a Disney or select Good Neighbor Hotel) or 30 days in advance of your trip. Some parks have a tiering system in place which means you can only choose one Fastpass for the more popular attractions and your other two for attractions in the tier 2 category. Once you have used your Fastpasses in the park you can make additional Fastpasses one at a time.

These recommendations are typically what I share with a multigenerational family with many ages as I feel it appeals to most people. I would love to help you figure out the best Fastpasses for you and create a touring plan specifically for your choices. Just schedule a call here.

Magic Kingdom has the most attractions offering Fastpass and does not impose tiering. Except for the busiest times you can usually get exactly what you want in advance AND you can utilize the ability to make additional Fastpasses. Because of this, you want to make your Fastpasses as early in the day as possible.

You will want to get to the Magic Kingdom at least an hour before the posted park opening. Main Street opens before the rest of the park so you can get your embroidered ears, coffee and photo in front of the castle.

If you have younger kids spend your morning in Fantasyland instead of conquering the mountains. The wait times for Princess Fairytale Hall, Many Adventures of Winnie the Pooh and Enchanted Tales with Belle get rather long so prioritize those. If you have time before your first Fastpass try to squeeze in Jungle Cruise. Once you have used your first 3 FP you are usually able to make additional ones for Pirates of the Caribbean, the Haunted Mansion or its a small world.

If you are going to Magic Kingdom a second day Peter Pan’s Flight, Enchanted Tales with Belle and Meet Mickey at Town Hall are great Fastpass options.

Disney’s Hollywood Studios is probably the most difficult to choose your Fastpasses for. With the opening of Toy Story and Star Wars lands within the past two years there are many new attractions with very longe waits.

You can only choose one Tier One Attraction which includes Slinky Dog Dash, Millenium Falcon Smuggler’s Run and Mickey’s Runaway Railway.

I recommend planning two days at Hollywood Studios. You will not need full days as it is still the smallest park so if you don’t have a long enough trip it is worth adding a Park Hopper. You can easily split the day with EPCOT as advanced Fastpasses aren’t as critical and the parks are connected by walkway, boat and Skyliner making hopping easy.

Rise of the Resistance the cutting edge attraction in Star Wars: Galaxy’s Edge is not included in the Fastpass system. Instead you will be assigned a boarding pass upon entering the park, they are all claimed extremely early so you will want to get to Hollywood Studios at least 90 minutes before the posted park opening if you are interested in this attraction.

You can then complete your day by enjoying Star Tours, Alien Swirling Saucers and the shows. Mickey’s Runaway Railway is Hollywood Studios newest attraction. It opened just weeks before the parks closed indefinitely for Covid-19 so we do not yet know what waittimes will be.

Even if you rope drop Smuggler’s Run you can expect at least an hour wait. I chose Slinky Dog as the Fastpass option because the line is just as long but the queue is outside and less interesting. Of course if you go two days you can Fastpass both and rope drop Mickey’s Runaway Railway. 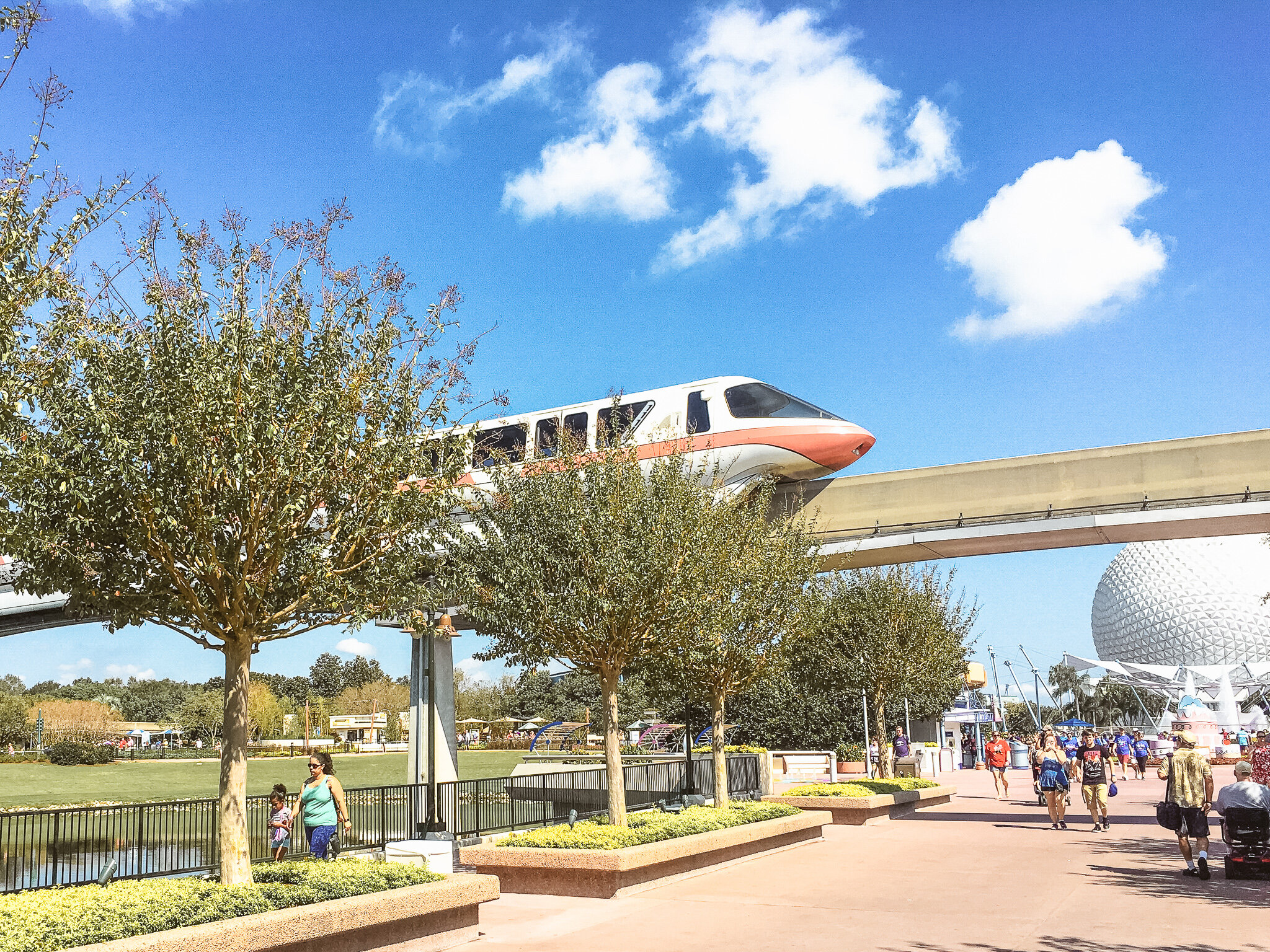 Like I said in the last section, while EPCOT is awaiting it’s revitalization there aren’t many attractions that require Fastpasses. In fact the only attractions with significant lines are all tier-one attractions and you can only select one anyway.

The Tier-One attractions are Soarin’, Test Track and Frozen Ever After.

Of the attractions, I think the best one to choose is Frozen Ever After. Test Track has a single rider line and Soarin’s wait goes by very quickly. If you do choose to split your days with Hollywood Studios I would spend one morning and one evening. That way you don’t need Fastpasses at all. You can rope drop Frozen Ever After and Test Track. On the day you return in the afternoon you can usually get a same day Fastpass for Soarin.

Disney’s Animal Kingdom is designed to be consumed slowly. In this park you do not want to run from attraction to attraction but really take your time and enjoy the exhibit and atmosphere.

The Flight of Passage attraction in Pandora: The World of Avatar is one of the most difficult attractions to obtain a Fastpass for so you will want to be prepared to rope drop to avoid multi-hour waits. I highly recommend getting to the park at least an hour before it opens. My family loves this attraction so much that even if we are able to obtain we still rope drop it if we want to ride twice. Actually we do this with most attractions in Animal Kingdom. We will take advantage of low crowds in the morning and then re-ride attractions with Fastpasses later in the day. Kilimanjaro Safari is a different experience every time you ride with different animals doing different things. I love to ride Expedition Everest during the day and after dark for two completely different feels.

If you are traveling with younger kids make your Fastpass for Kilimanjaro Safari and your other two for either  Adventurer’s Outpost, Festival of the Lion King, or Navi River Journey.

I hope this gave you some insight into how crowd patterns work and will help you prioritize your Fastpass Attractions. Like I mentioned some FP are extremely difficult to obtain, if you want some strategies for actually getting what you want check out my post on How to Get Hard to Get Fastpasses.

I would love to help you optimize your limited park time use this link to schedule a FREE planning session.